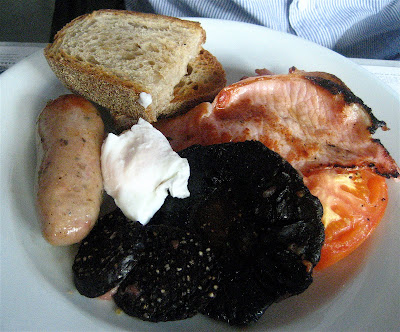 There's a "cold snap" in London, although it's likely to feel more like a long, laborious tearing of the ligaments than anything brief and snappy. The first nibble of frost bite is starting to set in to the toes, and with Christmas party mounting upon Christmas party, hauling oneself out from the cozy comfort of the duvet in the mornings is no mean feat.

Fortunately, Bistrotheque shares my sentiments, offering no possibility of brunch before 11am on a Sunday. For the lackadaisical, this has the handy side effect of completely erasing any guilt factor involved in being caught out still munching one's toast at 12pm. 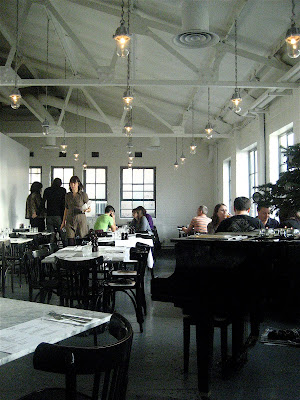 Getting there involves one hell of a trek into scenes reminiscent of Mad Max Beyond Thunderdome. But it's probably my favourite breakfast spot in London (and is a fine lunch/dinner spot also), so well worth the bus ride to no man's land in the far East. And you can always pull on your skinny jeans to stock up at the Colombia Rd Flower market afterwards. Although, take a body guard if you're walking to Bistrotheque down Wadeson Street at night - yes, you will find yourself wondering if you're in the right place and, yes, that apparent factory you just walked past is Bistrotheque. 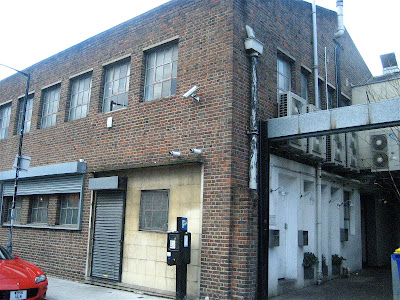 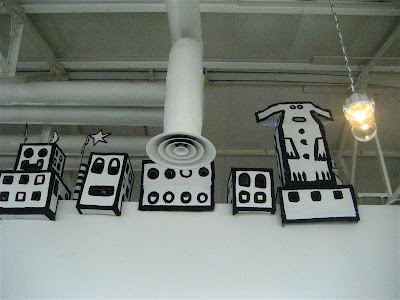 We stocked up on their newspapers and mags, and treated ourselves to a lazy Sunday brekkie. The Peanut Gallery went for the English Breakfast with 1 perfectly poached egg, bacon, sausage, black pudding, grilled tomato and large flat mushroom, all on freshly baked and toasted bread. TPG doesn't normally do tomatoes with breakfast, but was grovelling about how well these ones were done, and was utterly cooeing over his "fantastic" bacon and sausage. (He initially offered the sausage to me, but took back his words upon first bite.)

I feasted on 2 poached eggs on toast with black pudding (and a widespread sampling of TPG's plate). The dribbly bright orange yokes were perfect for toast dipping. Completely delicious. And the latte was good enough to warrant a second as we slowly worked our way through the Sunday papers. 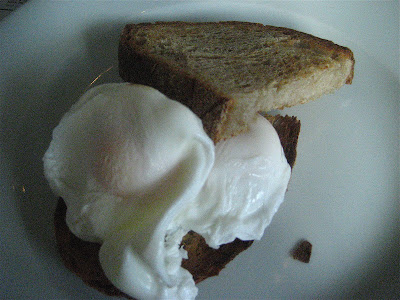 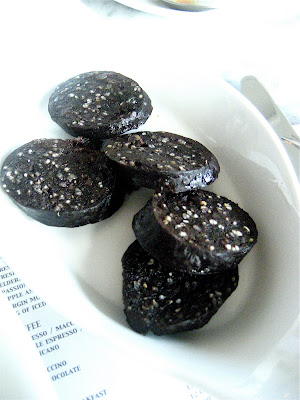 From previous visits, I can also vouch for the amazing pancakes - with strawberries and maple syrup or blueberries and ice cream. Ice cream for breakfast is, of course, perfectly acceptable. [Postscript: I have since been back for the pancakes - you can read about it here.] 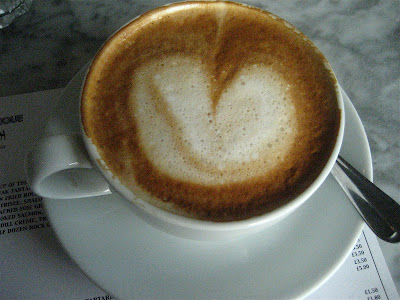 There was a man tickling the ivories yesterday on the baby grand piano which enhanced the festive mood. 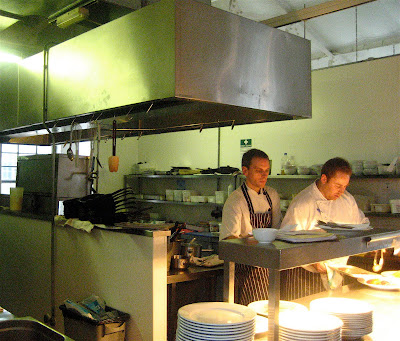 Bistrotheque also offers a traditional roast lunch on Sundays for £15 (or 3 course prix fixe lunch for £21), and the super value prix fixe dinners, starting from 3 courses on Mondays - Thursdays for £17.50 or, on Fridays, 3 courses plus cabaret ticket (at their show downstairs) for £30. The bar downstairs is also worth a visit for a pre-dinner drink.