Koba: A Korean BBQ in London 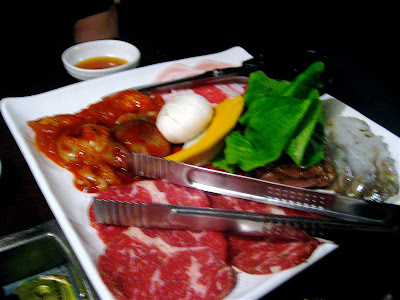 I have now tried walking into Koba so many times, only to find it full, that I had almost given up on it altogether. I'm still not used to having to plan so far ahead in this city. Get with the programme, GD.

Fortunately for me, A Rather Unusual Chinaman, is a man with a plan, and secured us a booking at this fabulous little Korean BBQ restaurant, tucked away near Charlotte Street. 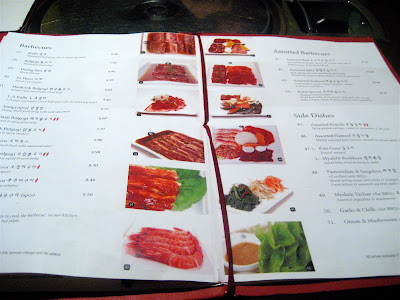 The setting is clean and minimalist, detracting nothing from the food. The delicious, BBQ aromas wafting over from nearby tables had me drooling even before we ordered. Not even the fact that ARUC was drinking cocktails from a curly pink straw could distract us from the main event as plate after plate of scrumptious fare came our way. 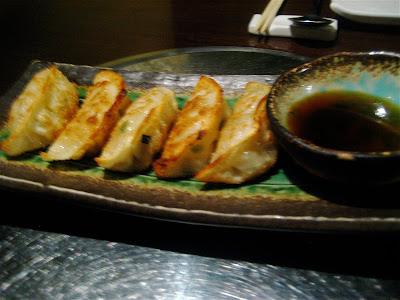 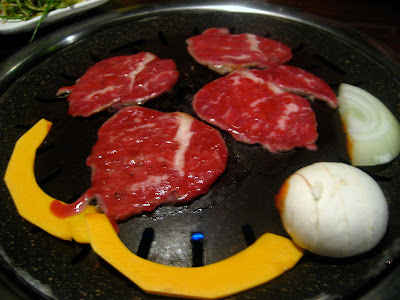 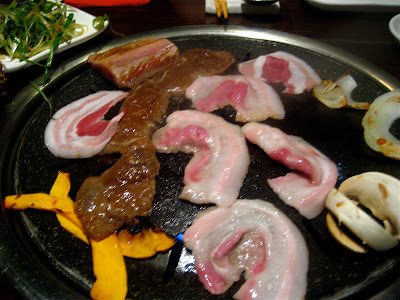 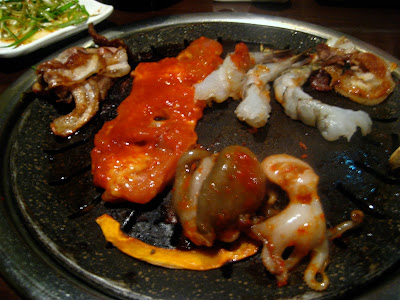 Being indecisive about which meats to order for the BBQ, we decided on the Koba Modeum Gooi - a "grand assortment" of meats, prawns and vegetables (£23.90).  Our waiter started off the cooking at the hot plate in front of us, although I think we took over as we got into the swing of things. The sirloin was smoky, tender and absolutely lip-smacking. 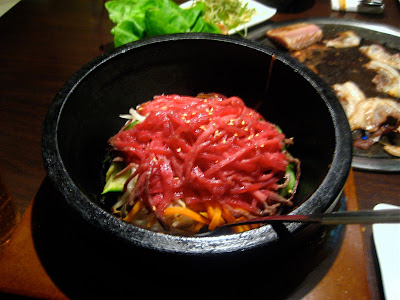 Just as good as the BBQ was the Yookwei Dolsot Bibimbap - steamed rice with raw beef and vegetables in a Korean hot stone pot (£9.20). All this was mixed in together at the table. Loved it. 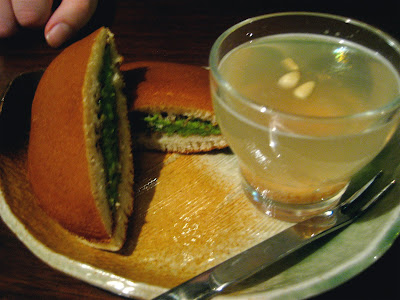 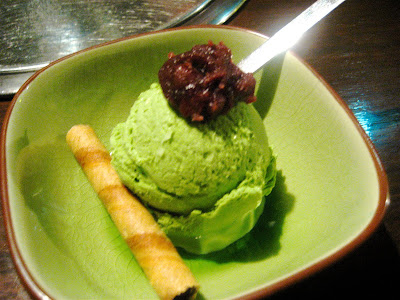 Finally, we had desserts - green tea ice-cream (always a favourite with me) and some weird cakey thing with green stuff in between. I can't remember for the life of me what it was, and it was fine although not really my thing.

So, Koba has a new fan. I've tried a few Korean BBQ places around the West End now, but Koba is a new favourite. If you want to read more, here are some others who agree with me: A Rather Unusual Chinaman; Catty; Meemalee.