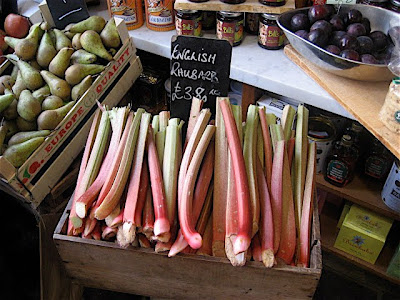 (The stocks at Bill's Produce Store, Lewes)
I've just experienced a sudden rush of love for the English countryside.

Maybe it was the much reported "heat wave" (1 full day of around the 20 degrees mark - expect announcements on the Tube warning travellers to carry a potentially life saving bottle of water, and sunburnt Vs on chests aplenty)? Or maybe it was the 9 hour cider drinking session (complete with Connect 4 and Jenga) in the local country pub? But as I cycled through the fields of daffodils and bluebells, cows and llama, soaking in the scenic delights of East Sussex (and the odd whiff of cow poo), with a bluebird perched on my shoulder chirruping in my ear, I knew the countryside and I had rekindled the flame. 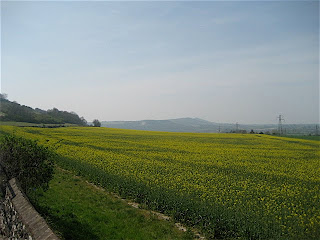 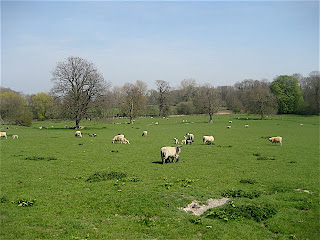 TPG and I overcame our fear of lace doilies, and a secret suspicion that all country folk roam the shadows at night with pitch forks, to celebrate our friend Lawrence's birthday in Lewes this weekend. Only just outside an hour from London Victoria on the train, this is a terrific little town, on the verge of stunning countryside, with a long high street of shops and cafes, a brewery, a really old, decrepit looking book shop, some decent food stores and, it seems, one pub to every one and a half men. Everything was going to be alright. 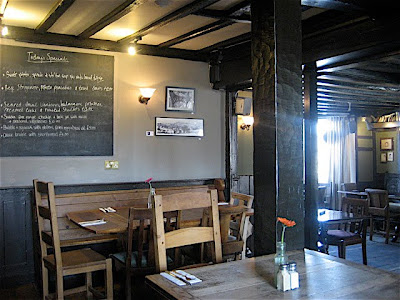 This traditional British public house sits right at the top of Lewes town. Built in circa 1640, it has low ceilings, original oak beams across the ceilings, a fireplace, wooden tables and floors, and quite a sunny disposition on a summers day. It has oodles of country pub charm, but without the scary twee factor.

We started with some local ales and ciders (as well as some Hofbrau lagers, most often swilled at Oktoberfest) in the small beer garden out the back, mid afternoon. Our party of around 20 people then took over a significant chunk of the dining room, where some top notch, pubby fare was brought our way. The ingredients and free range meats are apparently sourced from independent, local suppliers and the quality here is mostly well above what I would expect from your average local watering hole. Food clearly is important to The Pelham Arms.

With the possible exception of the burger, which looked a bit on the dry side, everything was excellent by all accounts. 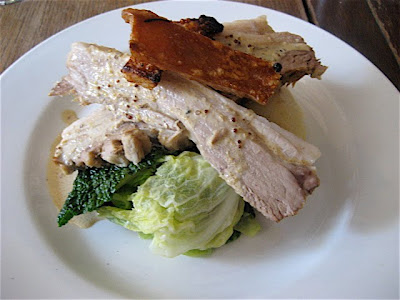 My generous serve of pork belly was sweet and delectable, accompanied by some hearty mash, kale, and a mellow, slightly sweet, creamy sauce. Some definite "eyes closed, chewing in the moment" times here.

TPG's steak was tasty and moist - good quality and well executed. They even cater to freaks, replacing the normal side serve of fries with some asparagus on request (TPG appears to be on a sudden health kick, which I am monitoring with some trepidation. There was even talk of forbidding any more stocks of chocolate biscuits in the cupboards - the notion was met with the look it deserved). Our chefs seemed to get everyone's rare or medium grilling orders right on the money.

We moved on to sticky toffee pudding and ice-cream which was lovely, but - it has to be said - was a little light on for toffee sauce. Note to chefs: too much of this stuff is never enough.

Over some Saturday Safari reggae tunes from our DJ, we moved on to snooker, Connect 4 and Sambuca shots - an unexpected, but perfect combination. A highly recommended way to blow almost 9 hours in the countryside, safe out of harm's way from strange wandering animals and cow pads.

The Pelham Arms gets the GD thumbs up. 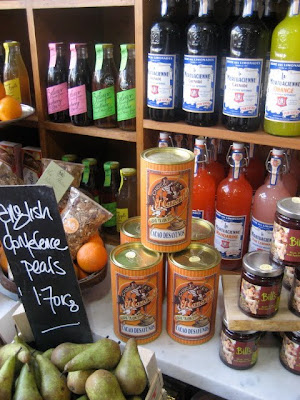 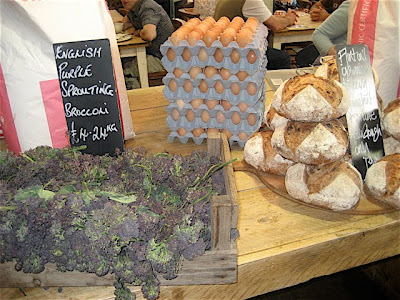 Bill’s was formerly a produce store, but since 2001 has re-invented itself primarily as large, bustling cafe with a small produce store on the side. Established by Bill Collinson, reportedly Richard Caring (of The Ivy group of restaurants) also owns a stake in the popular enterprise. It’s rustic and casual, but the food is terrific and service is pretty much perfect – staff have obviously been well trained and are happy, smiling, helpful types that are so few and far between in many cafes. Service is so good (without being annoyingly chirpy), you’ll do a double take.

Bill’s allows you to eat while surrounded by crates bursting with fresh fruit and veg, or shelves lined with colourful produce, available for purchase. Food is, apparently, mostly sourced from local farms and small suppliers.

The all day, extensive breakfast menu is a winner. On arrival in Lewes, we made a beeline for Bill’s, and I feasted on some wholesome scrambled eggs heaped on toast with mushrooms (around £5) and fresh orange juice. They don’t hold back on the butter (praise the Lord). TPG literally inhaled his bacon and egg sandwich (around £4) with coffee and OJ. Servings are hearty and ingredients seem fresh and flavourful. 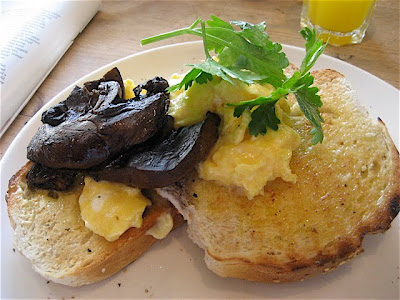 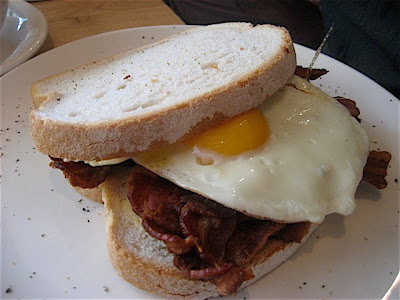 We returned for lunch the next day. I was tempted by Bill’s salad plate with toasted breads (£7.95), but opted for a tasty smoked haddock, prawn and leek pie with a colourful, zesty mix of side salads.

TPG loved his salmon with a delicious "mash" of pea and feta, mouth watering bacon and cherry tomatoes, roast potatoes, dill and rocket. 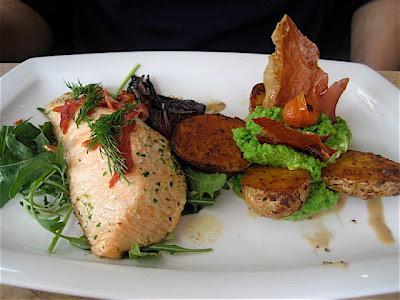 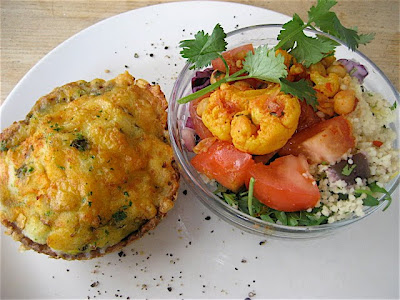 My only quibble - and my pet peeve – one glass housing our water had that awful eggy smell that arises when glasses are put in the wash with eggy dishes. Eurgh. It seems to happen everywhere. However, it was replaced along with our sparkling water (despite our protests that a new water would not be necessary). You get the feeling that nothing’s too much trouble.

All up, lunch came to around £25, including service.

There’s now also a site in Brighton, and there’ll soon be sites in Reading (2010) and Covent Garden (likely 2011). I can see it being a hit in the West End – there are not too many decent breakfast places in Covent Garden (most people make the trek to Soho). However, it's lovely to sample Bill's after a ride through the countryside, with fresh air in your lungs, and the sights from the local farms and paddocks still clear in the memory. Recommended.